No R in July

It’s unusual for a plant to put forth its flowers from September through to April, and then produce seeds May through to August. But that’s what the gorse bush does. Witness … 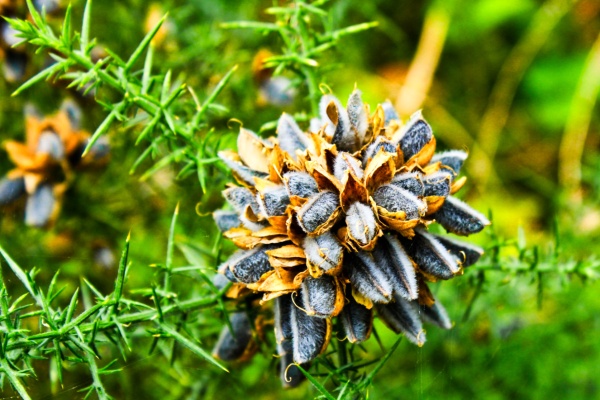 During my ramble across Mousehold Heath in mid July, those gorse pods were in magnificent abundance.

Below is a photo I took way back in March 2017.  It flowers only when there’s an R in the month (though that does require us to be speaking English!)

Spinner of Asaric and Mythic tales
View all posts by crispina kemp →
This entry was posted in Photos and tagged British Flora, Folklore, Photos. Bookmark the permalink.

23 Responses to No R in July