This Sunday four photos, two plants. Wrap your eyes around these. But be warned, they’re not flesh-friendly.

The Cotton Thistle is native to East Anglia, but a garden escape elsewhere 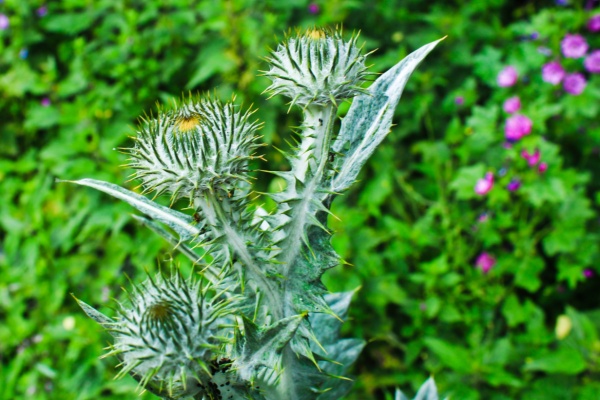 Of course, neither of these photos do justice to this thistle’s height (topping a man by a good 2 ft). But found on wasteland, I went for close-ups to exclude the junk. 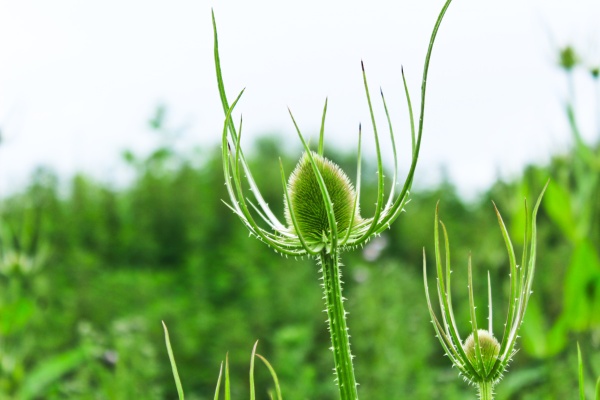 Another giant of the wayside. These can grow to ten feet or more. This was a junior, but it’s still early season. The teasel was used in the weaving industry. Tacked in dense arrays on a flat board, they were used for cleaning and aligning the wool fibres, and once woven, to raise the nap. Here it was growing alongside Dyer’s Weld. Cannot be coincidence.

Dyer’s Weld yields dyes in all shades of yellow; it was one the three plants used to dye the threads for the Bayeux Tapestry; woad and madder being the other two. Together they produced the ten colours used.

Spinner of Asaric and Mythic tales
View all posts by crispina kemp →
This entry was posted in History, Photos and tagged Bayeux Tapestry, British Flora, Photos, Textiles. Bookmark the permalink.