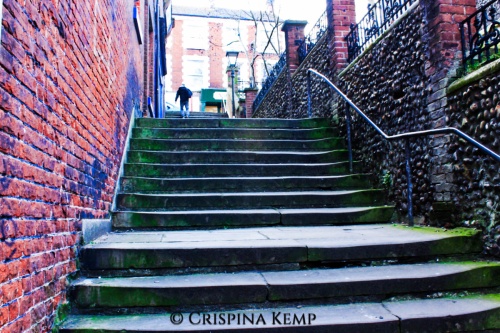 The parish of St Lawrence is one of five created (before 1035) from the early Anglo-Saxon foundation of St Gregory. The five parishes are closely strung, 400 yards from one end to the other, along the Roman east-west through-road known in Middle Ages as Homestrete Way.

Whatever the face of St Lawrence’s original foundation, in 15th century the church was completely rebuilt in textbook Perpendicular on the proceeds of the wool trade.

St Lawrence, Archdeacon of Rome, was martyred in 258 CE.

And yes, the photo was taken early morning

7 Responses to An Early Riser