At the last update, I reported this (Book One) had now received what I thought was the last of its edits. Ha! Who forgot about the line-edit? Me. But that now is done.

And so, with The Spinner’s Child retitled and locked down, now’s the moment of the big reveal. 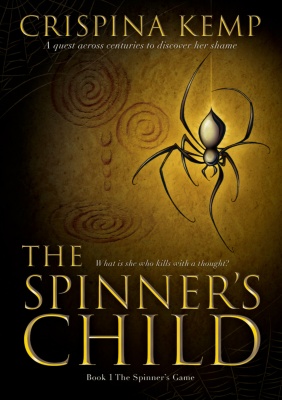 I can praise Lauren for so many things: she’s great as a beta reader and critique partner, and has become a good friend. But words escape me when it comes to her book covers. This first was by way of sample. And she nailed it in one. But I needed five covers, and they needed to show these five books were part of a series. Could she deliver? She did.

While Lauren can still be found at Under One Cloud, she has now launched her own blog, with her second post due to publish today; check her out at LaurenWillmore.com

And now for the next reveal.

This second book in the (retitled) The Spinner’s Game series has now received its last few tweaks and, as with Book One, has enjoyed a deep line-edit.

And so, with the book now retitled Lake of Dreams and locked down, here comes another big reveal.

I have two beta-readers yet to return their comments on the last part of this book (part 5 of 5) and I’m hoping to receive them shortly. Then, as with the previous books, I’ll let that stand for a while, while I ready Book Four for the next round of beta-reading.

So far, this back-burner technique has worked out well. It allows time for the betas’ comments to percolate and where revisions are needed, for those to take form in my mind. On return to the book, the rewrite tends to roll along. With the revision/rewrite complete I shall put that book out for a final beta-read.

By slow steps do we progress.

I’ve not had much chance to work on this further since the last update, and I’m itching to get on with it.

To recap, I have double-checked the details, the astronomy, the continuity, and replaced hastily deleted scenes, deleted extraneous words, changed imperfect to perfect wherever possible. I have checked every scene serves a purpose and drives the plot on (though doubtless the beta-readers will still pick me up on something). Also, I have applied Jessica Brody’s Save the Cat! Writes a Novel structure (yep, all measures up).

I now have loads of notes that need processing, some small, some tiny, and a few that are .. big. All of which ought to keep me occupied for the next month or so.