Once upon a time, a train line ran from Norwich, westward through many a Norfolk village. Laid in 1882 by the Midland and Great North-Western Railway, M&GNW was better known to the locals as the Muddle and Go Nowhere Line. 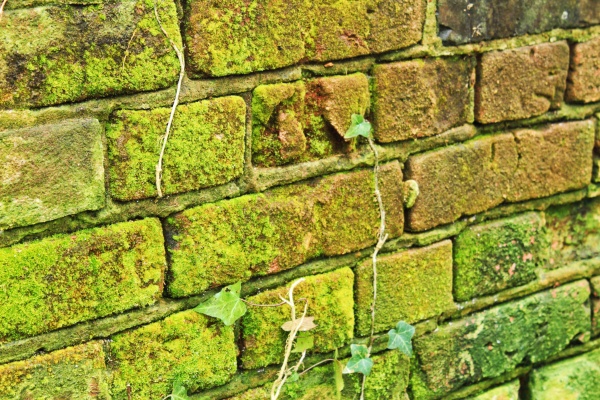 My entry, as Pattern, for this week’s #2018picoftheweek Challenge

The line was active until 1985. These days, joined with the disused Great Eastern Railway from Aylsham to Cawston, it is better known as Marriotts Way: 26 miles of traffic-free track from Norwich, looping around Reepham and on to Aylsham, popular with walkers and cyclists … and me.

Marriotts Way at New Costessey as it passed the one-time station between Costessy and Norwich-Heigham;: Photo 6th March 2018

The platform is newly revealed. I knew it was there, but until the clearance, it was just hints of bricks.

Spinner of Asaric and Mythic tales
View all posts by crispina kemp →
This entry was posted in History, Photos and tagged #2018picoftheweek, Local History, Walks. Bookmark the permalink.

17 Responses to A Patterned Platform