I caught the 6:35 (am) bus out of Great Yarmouth as far as Acle. The weather wasn’t good for sunbathing but excellent for walking. And I had a way to go. My destination was South Walsham (via the green lanes and byways), home in 1817 to my many-times great-grandpa, John Self Brown. John would have made this journey several times when he was courting Sarah Mutton, a maiden of Acle. He’d have come here too to sell the fruits of his labour, for even today Acle is a market town. 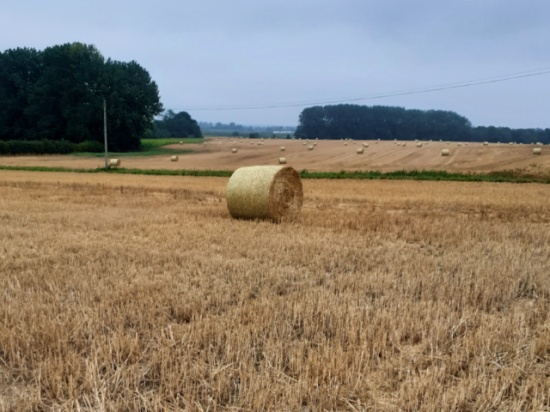 That’s a bit of a cheat, for this used to be the coast. Therefore beyond that crest would have been the shore and the sea. 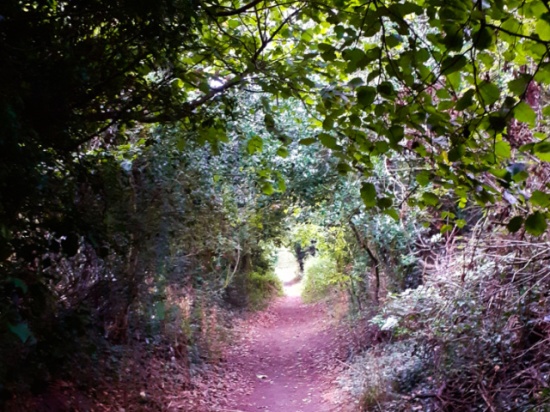 A holloway, evidence of the ancient origins of this path. And yes, it does run downhill.

It now began to rain. Not heavy. Not a nuisance. Unless you’re about to push through a bed of 6′ reeds. 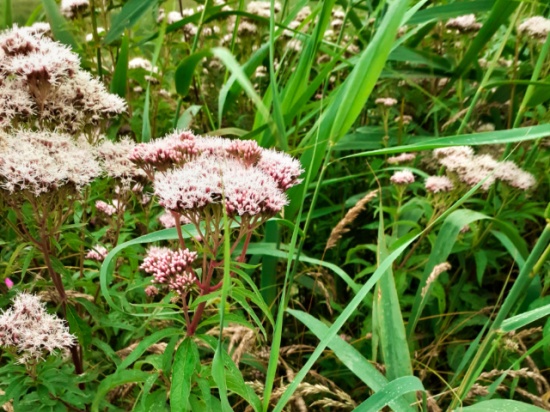 The sign said: Caution. Swans nesting close to the footpath. Do not allow dogs off lead and avoid path if possible.

I could have doubled back. But mid-August, the cygnets would be out on the water. I certainly wouldn’t have chanced it earlier in the year. Rather face a breeding tiger.

But it soon became obvious that I was the first to tread this path this season. I felt like Moses dividing the Red Sea as I swept aside the reeds… too tall to see over… eyes fixed on the ground where the route of the path was just discernable. Beside me was a drainage channel… waiting for one slip of my foot. And those reeds were wet. Ho-hum. Intrepid explorer, that’s me. 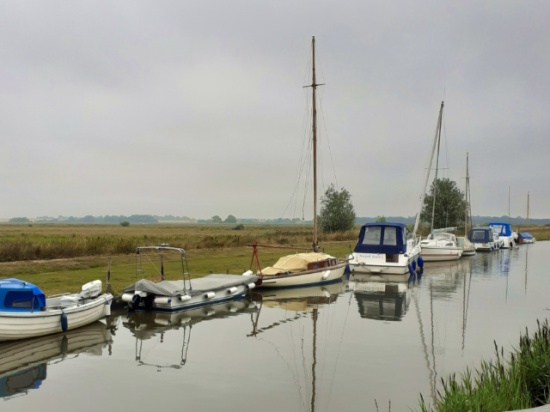 The path spewed me into a carr (wetland woodland) too overgrown and dark to take a decent photo. Imagine a jungle  (absent the snakes & other predators) and you’ll be close to it. Which in turn brought me to here. And the rain had stopped.

The staithe links the village of Upton with the River Bure (part of the Norfolk Broads). Time was, almost all goods in and out would have come via this staithe, the Norfolk wherry being the Broads equivalent of a canal barge in this respect (although definitely not in design) 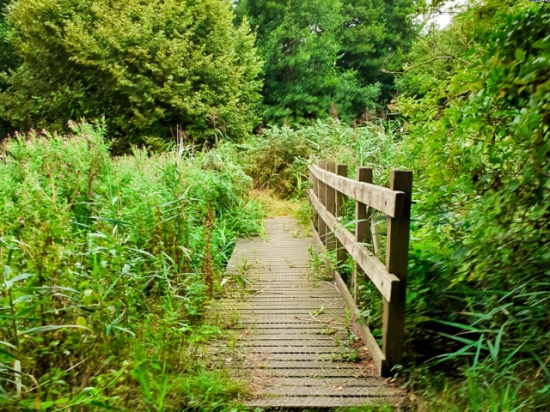 I travelled on by greenways and byways… skirting Upton Fen, which is now a nature reserve, and farmland 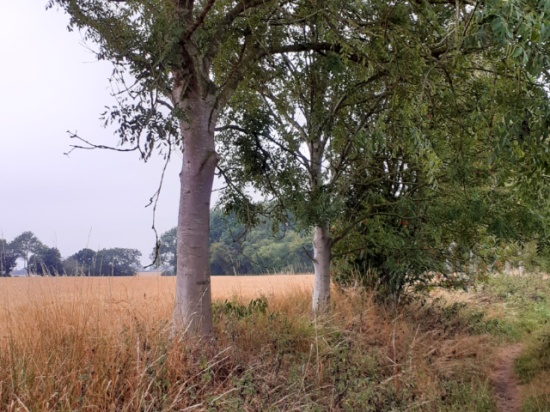 I love these white trunked trees against the orange of the ripening grain. Alas, the sun is still in hiding. But I don’t mind. It’s easy walking.

And those greenways and byways delivered me to South Walsham. 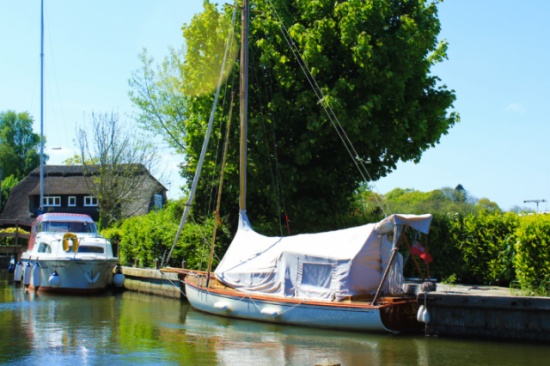 The staithe at South Walsham Broad: May 2017

There were too many people milling around to take photos there. So here’s one I took earlier. 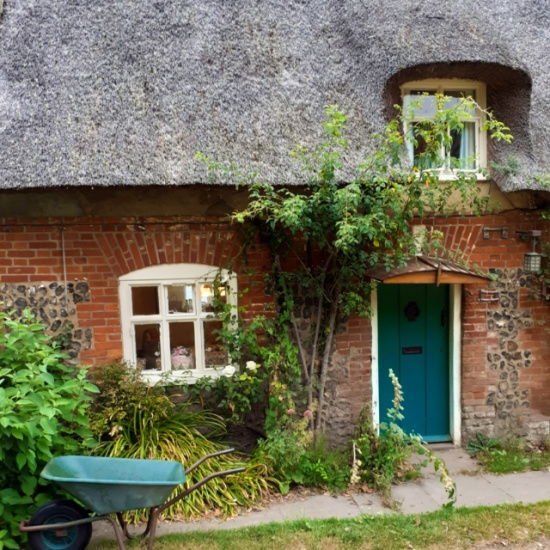 My eye was stolen by this lovely thatched cottage.

And so it was time to turn around and wend my way back. I did it by the easy, less picturesque route… via road until I reached Upton when it was through that holloway again.

At the Acle end of the holloway, this oak and tree mallow stand as sentinels. 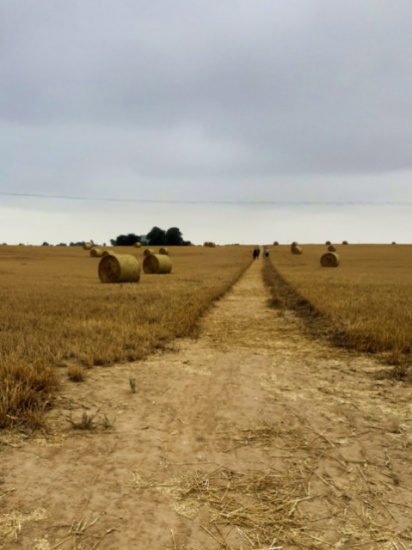 When I was labouring with my misaligned SI joint, this “hill” used to slay me, especially after walking 8 miles. This day, while I noticed it was a hill, it didn’t tax me in the least. So good to be able to walk pain-free again.

Hope you enjoyed the walk. Sorry about the overcast sky. And if you’re wondering where the flowers are… I’ll post them on Tuesday. Thank you for joining me.