What to do with photos taken for a purpose, and then not used? I took these photos with intent to use in the Saxlingham history, recently posted. But somehow, they never made it in.

The church of St Mary the Virgin at Saxlingham Nethergate contains some of the most important stained glass in Norfolk. But this first one is what’s described as ‘modern’. It seems most apt for this season. 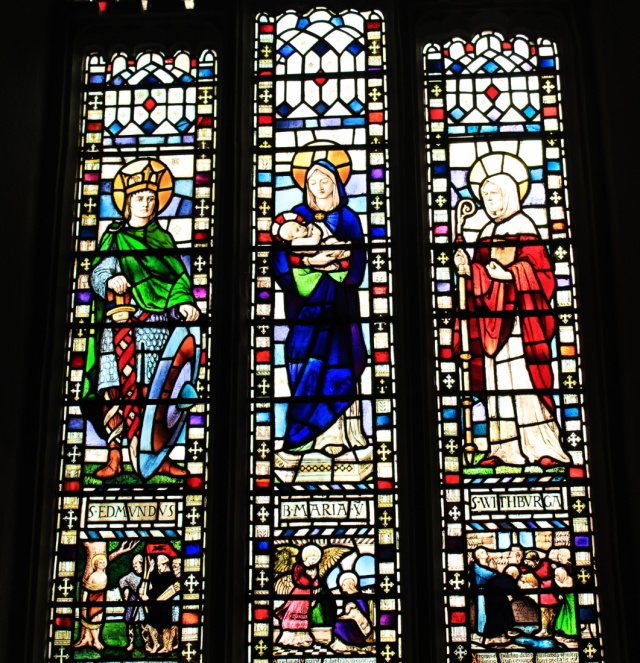 This next window, though English perpendicular, contains the earliest figurative stained glass in the county (the roundels); they date to before 1250.

The decorative motifs along the top register show the Yorkist rose, which dates them to around the same period as the window, immediately pre-Tudor

And  a resetting of a hodge-podge of stained glass thought to have come from the ruined church at Saxlingham Thorpe. The bright yellow is achieved by use of silver. Amongst the earliest stained glasses in the church. 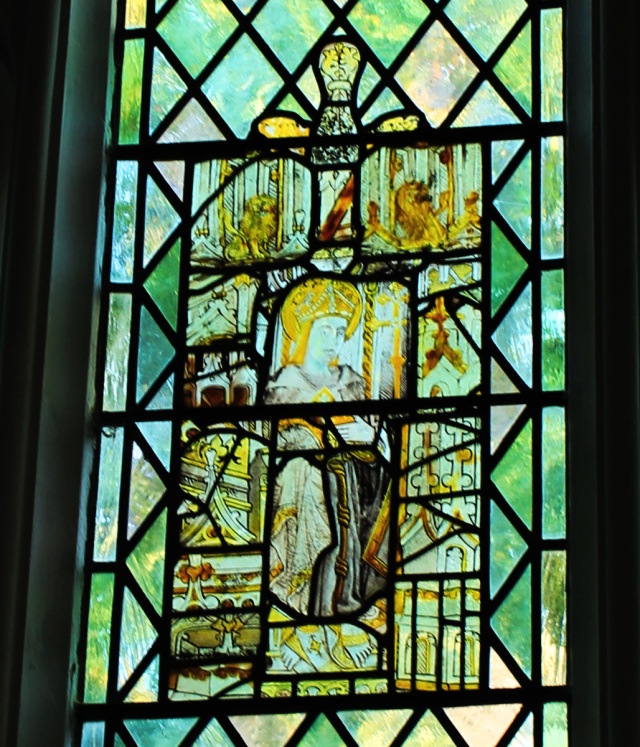 That these early glasses still exist is, in itself, a miracle. Although Henry VIII’s withdrawal from Rome, with accompanying Dissolution of Monasteries, had little effect on parish churches, the later Reformation, and particularly the Puritan movement, was thoroughly  destructive of any decoration that might be deemed Popist Idolatry. Many of the richly painted rood screens were smashed, along with the windows, and the walls were painted ‘purest’ white. It’s only been during the past century that the whitewash has been carefully flaked away to reveal those hidden images. Perhaps not so much in reclaiming an older religion at a time when the churches have seen a massive decline in attendances, as in burgeoning respect for our heritage.