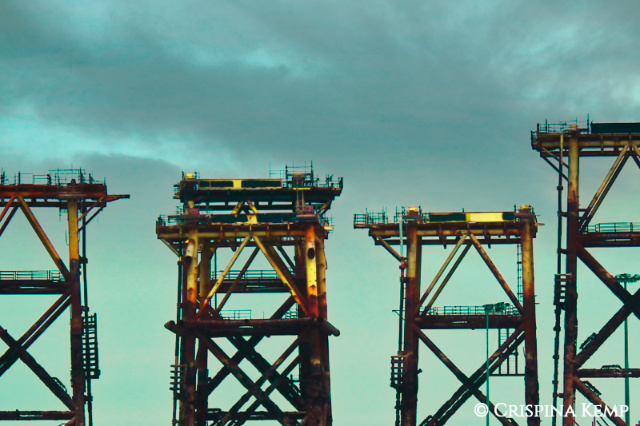 The plague hit hard, the population halved in the first year, in the second year halved again. In the third year its source was found. It came from the ground, present in patches of contaminated soil.

Attempts to lift, remove and isolate the soil only resulted in a further spread and yet more deaths. Now we’re building tall towers to support our new housing… for those who survive.

No, I’ve no idea what these towers are intended for, found to the north of Yarmouth’s harbour. But they fascinated me.

And while I don’t usually mess with the photos, here I did add an ominous sky. Yea, well, the original was boring pale blue!