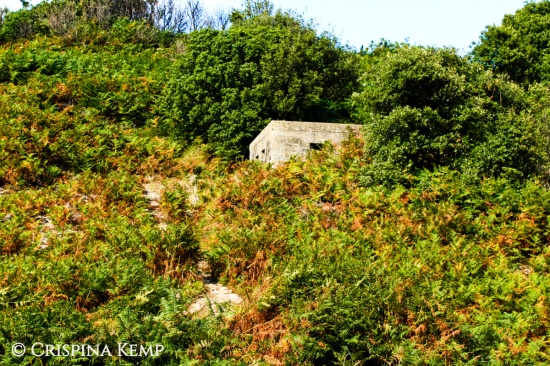 Do not leave your post, they drummed into him when first he enlisted. And his post was to guard this stretch of coast.

Bored, frustrated, he sighed. Not a sign of a boat, a ship or a plane since a fortnight after he came. Not since that awesome day the ground shook fit to break, and blackness fell from the sky. How long ago was that? The gorse and the bracken had sprouted and grown since then.

He looked again at the crumpled grease-stained paper. His orders. Perhaps he’d misunderstood, not able to hear since his return from the front. He ought to have told his C.O.

Mutton Jeff, that was him. Deaf.

The photo was taken on from the beach just north of Lowestoft (at Lowestoft Ness, the most easterly point in Great Britain), where many of the defence installations remain from WWII.