It’s been a while, so it’s not surprising if you thought I’d deserted you. Of course, I have not; but I have had to redistribute my time.

A year ago, when I released The Spinner’s Game for sale on Amazon, I had no idea of what I’d need to do to promote the sales. With no marketing budget, word of mouth becomes prime. And where better to spread the word than on social media. Over the past year, Twitter users have represented a large portion of my sales.

But Twitter is only one call on my time. My back has healed and strengthened, which means after three years of hitting the pain-barrier after five or six miles I can again walk 10-to-15 miles. Moreover, when weather allows, I’m getting out for two walks a week. As you might guess, I return with lots of photos. Another activity that eats into my time.

AND THEN THERE’S THE WRITING

My sixth book, Learning to Fly, launches on 1st April 2021. Available both as paperback and e-book, the latter available for pre-order on Amazon. 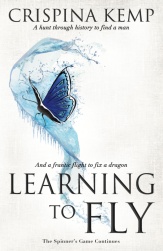 Medievalist Neve is delighted to find herself surrounded by swirling colours and foot-stomping music in Regin-jarl’s mead hall… even if her presence is dependent on the memories of a banished angel.

Prompted by that angel to find the truth of her grandfather, locked in a cage to be food for vampiric grimmen, trapped beneath a dragon, life isn’t fun for Neve… though she does like the music!

I have resurrected Roots of Rookeri, posted here in weekly episodes in 2014. It is currently with my critique partner, but I shall be wanting beta readers for it shortly. 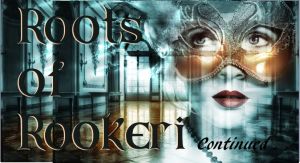 A penniless poet-chorus-master & staunch adherent of Luban’s founding principle of “wealth is evil” falls for a visiting spy in guise of a scholar from status-hungry, gold-dripping Rothi. But problem: she has great wealth, and he’s its rightful heir. A Comedy of Errors in Shakespearean style.

I hope you’ll forgive me my absences.

Spinner of Asaric and Mythic tales
View all posts by crispina kemp →
This entry was posted in Fantasy Fiction, Mythic Fiction, On Writing, The Spinner's Game and tagged Learning to Fly, Mythic Fiction, Roots of Rookeri, Spinners Game, Update Writing. Bookmark the permalink.