A Monster Red and Rumbling 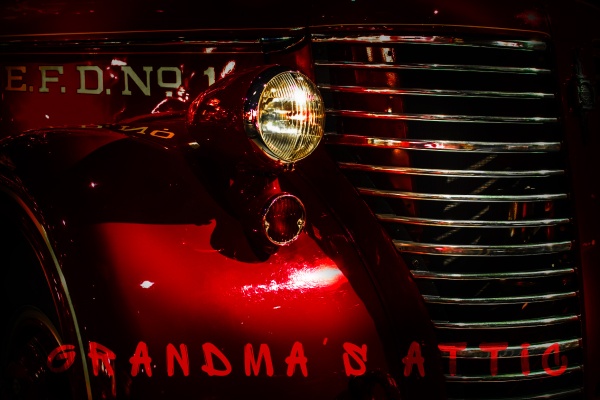 Out of the door Klukelunnen dived and dodged to the back of Night-shift Louisa’s squeaky shod feet. No time to punch the air in celebration, he raced down the long narrowness that Daisy had called a corridor. He had rounded the corner at its far end before the alarm sounded. Annoyingly loud in his ears, its rising, falling, piercing wail shook his body and filled his head as if with needles. He crumpled into a ball. But that gave no relief and he hadn’t time for it; Daisy had stressed how he must leave the building ASAP. “Down the stairs,” she’d said. “Down the stairs, don’t use the lifts.” Well, he’d not be using one of those contraptions, as if he could reach the buttons.

Stairs! He reached them just before the lighting failed. But he’d already seen them, cut into the corridor wall; down, down, down, they flowed, granite-hard with not a carpet on them, each with a riser that reached to his groin. In utter darkness he turned around, fell to his knees and knee-shuffled backwards until he felt an absence of granite beneath his toes. Another diddy push backwards. Then to lower himself down. And so he descended: down, lower, down, lower, landing on his feet only to kneel yet again and again shuffle back and all the while feel his way. His overworked legs trembled more with each step taken. And that wretched siren! What’s more he was getting unquestionably wet. At first a fine mist, rather refreshing after his desperate race down the corridor, it had started just as the lights failed and his first negotiation of the first flight of stairs in all-encompassing concentration. But that mist had become a shower of notable strength. It was making him slippery. Worse, the tiny trickles that slicked his back and his chest had found a way to seep beneath his padded pants and that padding could only absorb so much. His padded pants grew rapidly heavy and rapidly slipped from his hips to hitch back up with every slither-down step.

He wasted long ticking seconds staring up at the stairs he’d just descended. Why hadn’t he seen Night-shift Louisa in a panicked flight zip passed him? She must be able to run faster than him, she had longer legs. Yet he hadn’t heard as much as a squeak from her.

Oh, Grandma’s Drawers, don’t say she’d been burned? Ought he to return, to see, to help? And to find himself snatched up again and again imprisoned? Nix!

Down, lower, down, lower, he continued to descend the dark stairs, his ability to think severely hampered by the din around him. It rattled through him leaving not a pinch of a pocket in which to think—which saved him the worry of how he’d escape the building once he gained the ground.

Down … down … And now a new ear-piercing wail joined with the other, muffled at first but growing louder. And an eerie blue light swept the stairwell. The heavy rumble of a vehicular engine verbed through the shiny hard floor beneath him. Metallic doors slammed. Sturdy clad feet slapped on metalled pavement. Voices sounded, deep and beefy. There were other noises, too, that he couldn’t distinguish. But he’d no time for puzzling them: several more stair-flights stood between him and his freedom.

A formless hulk, all aglow with yellow stripes, and trailing an oddly-patterned lengthy snake hammered past him at unlikely speed to disappear into the darkness. Another followed. Caught in the sweep of the blue light, he saw that beast was a man. They took no notice of him; they probably thought him an hallucination.

Down … down … His foot skidded from him. Splat. That stung. He crawled to the edge of the muddy patch and pushed himself up.

Down … down … Splat! Not again! And this time he couldn’t find purchase to push himself up. He scooted back on his belly.

Down … down … Slip, slither, skid and tumble. Ouch! Crack, thump, crack, his head and his bum caught on every step.

He recovered his senses at the next turn in the stairs. Naked now, he sat on the cold granite-hard floor, a flood of water sluicing around him. He’d lost his padded pants, finally saturated beyond their holding. But at least now he was clean, the mud he’d picked up rinsed off him. He refused to think of the damage done; what did it matter when set against what he intended? And at least he had only one flight left to descend.

Just in sight, beneath the overhang of the floor above him, was what could have been the Dooley’s lounge (same size, similarly furnished). It was intermittently lit by that now familiar sweeping blue light. The muffled vehicular rumble was louder here. Sharper. And there was an increasingly strong smell, unnatural and worse than the most putrid of Grandma’s Caverns. Yellow-striped men stood in pairs, talking, others stood with arms wrapped around a huge tube. Tubes, not snakes, he now realised. All very interesting. He regretted he’d never be able to ask Daisy the meaning of this.

He assessed his next move.

One more granite-hard flight for him to knee-shuffle, slither and lower himself down, and hope he didn’t slip as he landed. Then across that lounge. By the feel of the blast hitting his wet naked body, he guessed there was an open door somewhere there, a door that gave onto the chilly, summer night air. That would also explain why everything sounded louder here.

So, down the stairs, and race to the door (note where the sofa and chairs are in case he needed to hide). Then, once outside … once outside?

His heart was a carbuncle wedged in his throat as he slithered and dropped his naked body down the last of the glassy-wet stairs. One eye to the black bulky yellow-striped men beyond the glass door, the other to the chairs that, if those men spied and set up a call, would hide him. He raced across the lounge-like foyer, feet splashing and slipping on the sprinkler-soaked carpet. And out of the one open door.

But he wasn’t yet safe. He no longer feared those men would see him; those men were busy with their hoses and ladders. No, it was their feet he now feared. He needed to negotiate the hectic space between building and angrily-humming colossal red vehicle—without choking his last on the fumes it emitted, and those men weren’t looking at where their heavy shod feet were treading. Imagine one of those boots come collushing down on him. Better to hug the building, stay in its shadows till far beyond the danger. Except there were lights everywhere blazing, not only that blue sweep from the bulb atop the red vehicle.

He looked left. He looked right. The right seemed the busiest with bodies. He’d go left.

He stayed close to the building but not so close he had to run on the gravel-filled gutter that squeezed between the dirt-grey concrete sectioned wall and the lawn that swept down to the road. That grass was sweet on his feet as he ran—ran his absolute fastest. Zoom! There. Gone! If one of those men did see him they wouldn’t believe it. A diminutive chap, naked and running in the night, no taller than a two-year infant. Ha! And what had he been smoking?

Klukelunnen didn’t slow down till he’d cleared his former prison, the Admin Building, and had left all that kerfuffle and commotion behind. Then he stopped. And he turned. And he saw Night-shift Louisa in animated conversation with one of the black-coated men.

Granny’s Knickers, no! What if she told the man her charge was missing?

Too late to worry. He turned and ran.

Spinner of Asaric and Mythic tales
View all posts by crispina kemp →
This entry was posted in Fantasy Fiction and tagged Grandma's Attic. Bookmark the permalink.

2 Responses to A Monster Red and Rumbling