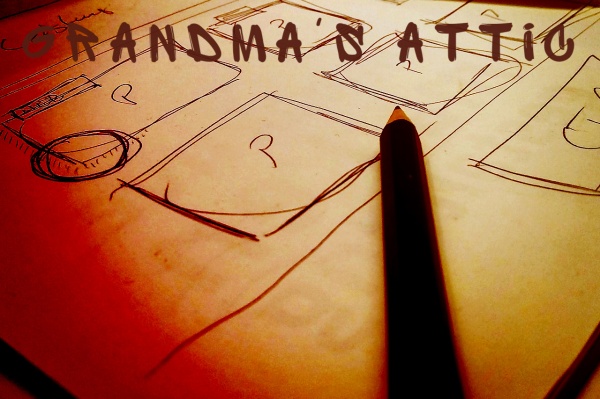 Two days later, Daisy again visited Klukelunnen in his cell. She timed it for the afternoon, to avoid collision with Dr Ireson.

“Got them!” she announced as soon as the camera and mike were off.

She rummaged around in her ‘Olly Owl’ bag; not so large as her schoolbag, she used it for her ‘must haves’: her phone, money, a bottle of water, a small packet of biscuits … She pulled out two fist-sized pieces of grey flint and with pride held them out for Klukelunnen to take.

“They are the right ones, aren’t they? But you didn’t say how big. And I know you’re Stone Clan, and these are stones, but, well, they’re not alive like you, are you?”

Klukelunnen wanted nothing more than to hug them to his chest, but he didn’t want Daisy to get the wrong idea, not after that question. He wanted to kiss them too, but … He sniffed them instead. And listened to them.

“No, they’re not alive, not in the way I am.” No, because Grandma’s magic didn’t work in this Land of Giants. But, jumps and juices, he had the flints! Now for something to strike them against. Something harder than flint. Something like ironstone.

Not his bedstead, that was wooden. Yet that was good, it would take flame. Ah, the chair, that was metal. He dismissed that ‘Night-shift Louisa’ passed her shift sat upon that. He’d already realised his only chance at this would be when she went to ‘spend a penny’. But he didn’t know the chair’s breed and how hard it might be. He had already disallowed the squidgy white window frame. Ubiquitous Plastic, Blessed Bessy called it. Which left only the door and he couldn’t use that. It would make too much noise. As it was the timing would be tricky.

“And Jason says to give you this.” Daisy held out her hand to Klukelunnen, palm up. Upon it sat a thick red stick.

“A crayon?” Klukelunnen frowned. What was that for?

“No, silly. It’s a cigarette lighter.” She folded her hand around it and thumbed the silvery tiny-toothed wheel and, lo! It spluttered a flame. “He says it’s an old one, so there’s probably not much gas left in it—a breath, he said, but a breath ought to do it.”

Klukelunnen stared at the unexpected gift. He wanted to hug Daisy, hug Jason too. But he held back, his brow in a slow furrow.

“I didn’t say a word. Honest. He thrust it into my hand. Said it would be faster than the flints you’d asked for.”

“He knows of the flints?” Klukelunnen gasped.

He hadn’t wanted to involve Daisy but, well, where was the harm in asking her to gather the flints. And now her brother knew about it too? And he’d sent him this fire-stick to help him? Klukelunnen wearily waggled his head. If the professor should discover their collusion …

“I didn’t tell him,” Daisy repeated. “Dwayne told him.”

“He didn’t know you’d already planned it. But Bessy told Dwayne about how they’re treating you here. And Dwayne told Jason that this isn’t a ‘government facility for illegal aliens’, not of any size nor origin. It’s an Admin Building. For the School of Theology.”

“That’s what I said. Jason says once we get you out of here, him and Dwayne are going to blow the whistle and instigate investigations. He says everyone knows about the professor, that he’s a kiddie fiddler—though he’s never touched me, but Jason says that’s cos I’m a girl. So, see, they want to get you of here before the ‘shit hits the fan’—that’s Dwayne, he has such a vulgar mouth. Mum says that’s where Jason picks it up. She doesn’t rate lab techs.”

She held out the red fire-stick again. He was smaller than her, would he be able to spin its wheel and draw the spark? He needed both hands just to hold it. And still he frowned. Daisy’s story sounded credible, yet he knew she’d said something to someone somewhere. It was too much a coincidence.

“Jason says sorry that he and Dwayne can’t help more, not inside the building. And obviously we mustn’t involve Bessy. But once you’re out he says Dwayne and him will have a car waiting, only they can’t park it too close, cos if they’re seen … well, we don’t want them charged with arson. You’re to head for the train station.”

“Really? And where’s the chuffing whatever you called it?”

He didn’t want to go to any chuffing station. Once out of this place he knew exactly where he had to go. And he knew what he had to do once there. But Jason and Dwayne had made their plans and here little Daisy delivered them to him. She thrust a piece of paper into his hand. He dropped the red fire-stick. She quickly tucked it beneath his covers, beside his leg. He knew a moment of panic in case she saw his padded pants.

“Yea, well, I’m not much of a cartographer, but this square here is where we are now. And that across there is the train station. And Jason and Dwayne will keep an eye out for you as they drive along here. See, this red line, yea? It’s a road. You do understand that?”

Not really, but he nodded the same. “And where on your plan is Trinity Hall?”

A frown scrunched her face. “But I said, you needn’t worry of him. Jason and Dwayne are going to fix him good and proper.”

“Here. Ish.” She marked it with a cross.

He nodded. He wanted to hold his head to contain the confusion. It wasn’t that it ached, not at the moment, but he knew it would just as soon as he tried to tie his own plans into those made by Jason and Dwayne. The problem was how to persuade them to take him to Trinity Hall, for he could see it was far too far for him to walk. And there might be people looking for him. But he knew before he ever opened his mouth that Jason and friend would try to keep him from it. They’d think he sought revenge.

“Tonight okay for you?” Daisy asked.

She shrugged. “Nothing precise. They said for a couple of hours after twelve they’ll circle around. Just keep on this road and they’ll find you, no panic.”

“Aye,” he said, feeling anything but confident. “And to reach that road all I need do is to set fire to this room?”

There wasn’t much combustible material. His bedding. And ‘Nightshift Louisa’s’ magazine; she always left that on the chair when she left to ‘spend a penny’. Would that be enough? And was Daisy right, that the fire alarm would trigger the lock on his door?

Spinner of Asaric and Mythic tales
View all posts by crispina kemp →
This entry was posted in Fantasy Fiction, Mostly Micro and tagged Grandma's Attic. Bookmark the permalink.

14 Responses to Strike a Light