(See Mixed Blessings Of A Winter Bug for why this short—6 miles—walk was for me momentous and groundbreaking—wave the flags, yippee, yeah!)

(No, not this one. Ours was posh purple)

10:15 am
Heading off to Marriott Way.
I wasn’t alone. My walking companion, No 2 daughter, came with me.

Marriott Way, 24½ miles long, is a footpath, bridleway and cycleway that runs between Vauxhall train station, Norwich and Aylsham (Norfolk), via a much convoluted route.

Its name, and its serpentine path, hangs on its former existence—as a railway track. It was named for William Marriott, chief engineer and manager of the Midland and Great Northern Railway—aka the Muddle and Go Nowhere Railway.

We were heading back to Norwich, which gave us a 6-and-something mile walk. I took some photos on the way. Not high quality, it’s just a basic digi-camera on my very basic phone. Also, the day being blazingly bright, not all the photos were usable.

The Walk skirts the village where I lived prior to moving to the coast, and I do admit it, I miss it. This (below) is where I used to swim with a group of friends. As young teenage girls we probably posed a distraction for the train drivers!

River Wensum—the trees are much grown since I swam here

Later, when I had children, Marriott Way was our favourite Sunday afternoon walk. The kids loved to splash in the river. This is the River Tud, though why call it a river when throughout its course it’s only a stream. And as you can see, the water is remarkably clean. 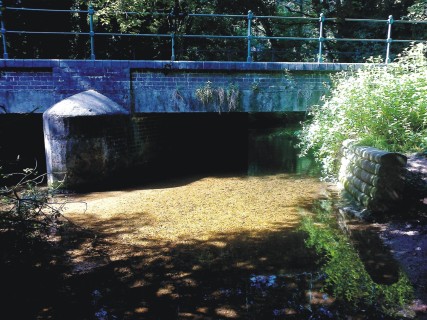 River Tud—where Marriott Way crosses it.
Yes, there is water in it—ankle deep!

River Tud—looking towards confluence with Wensum

And there is even a Costessey henge. This needs a little explanation. It has never been excavated, only identified on aerial photos. So it might be something other than a henge.

It could be a Bronze Age ‘disc barrow’—yep, not all barrows had whopping great humps in the middle. 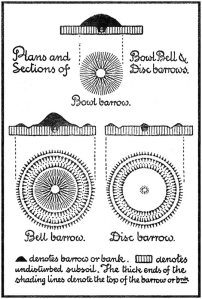 It could be a ditch around an Iron Age round house—the ditch was for catching the run-off from heavy rain-storms; it also kept the wildlife at bay. 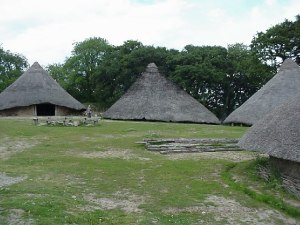 However, henges are often situated at the confluence of two rivers—to the east of Norwich, Arminghall henge sits at the Tas-Yare confluence. 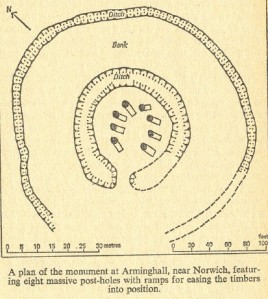 Plan found on The Megalithic Portal
scan of an original in ‘Circles & Standing Stones’ by Evan Hadingham, 1978, where C14 dated to 3400 BCE

The Costessey ‘henge’ sits at the Tud-Wensum confluence—which more or less confirms it as a Neolithic henge. Not that much can be seen of it, as you can see by the photo. (But then, Arminghall henge is now nothing but an empty field, too)

Costessey Henge—as close as I could get to it, there being a barbed wire fence, a water-filled ditch and a dense nettle bed in the way.

I wanted to take a photo of the confluence, but a herd of Jersey cows (a dairy breed) were quite insistent they weren’t going to allow me near . . .

(Photo source Wikipedia: Jersey Cattle)
A herd of Jersey Cows—NOT the ones I encountered.
I wasn’t going to risk having my phone knocked out of my hands and trampled. The field was somewhat muddier than this!

By now the sun was hot-hot-hot and also tiring, and a decision must be made—to cut the walk and catch a bus back into Norwich, or to continue. We continued. 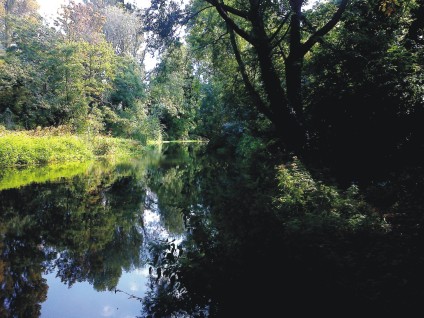 River Wensum as it passes through Heigham

Heigham (pronounced HayUm) is the westernmost Norwich parish dating from Anglo-Saxon times. Norwich is named for the Viking Wick to the North of the Wensum, the Saxons having already colonised the southern flank of the river. Judging by the how tightly packed the early churches, their parishes were narrow strips that ran from the river, uphill to where Norwich market and the City Hall now is.

(Source: Wikipedia: Norwich)
Norwich Market and City Hall. The crenellated flint-walled building to the right is the Guildhall (see next).

(Source: Wikipedia: Norwich)
Norwich Guildhall—built early 1400s, this was the seat of city government until replaced by the City Hall in 1938—note the ‘modern’ extension which dates to 1534!

Colourful though the Norman’s market has turned out to be, it wasn’t the original Saxon site. The Normans moved the market here during the first years of conquest (between 1066 and 1076)—the better to enable them to keep an eye on trade from their imposing castle which towers over the market (opposite the City Hall).

(Source: Wikipedia: Norwich)
Although an early example of Norman castle, this dates only to C12th. It replaced an earlier wooden version. The first castellan here was the rebellious Breton Ralf de Gaël, Earl of Norfolk and Suffolk 1071-1075. When his rebellion failed he fled back to Brittany, leaving his newly-wed wife to hole out in the castle. That’s chivalry for you.

The original Saxon market had sat in the wide sweep of the Wensum where, in 1096, Bishop Herbert de Losinga built his cathedral. A Saxon settlement and two Saxon churches were razed to make space for it. The stones were brought from Caen in Normandy.

And that’s where the walk ends—convenient for those needing a train, but we wanted a bus! 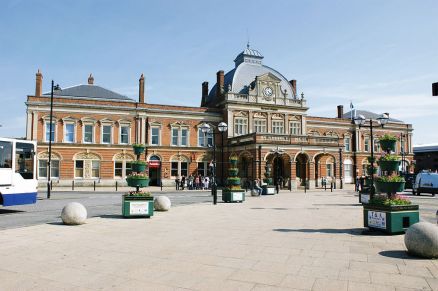 And now you’re wondering why, for me, this short—6 miles—walk was momentous and groundbreaking. See Mixed Blessings Of A Winter Bug .

Spinner of Asaric and Mythic tales
View all posts by crispina kemp →
This entry was posted in History, Photos and tagged Costessey, History, Norwich. Bookmark the permalink.